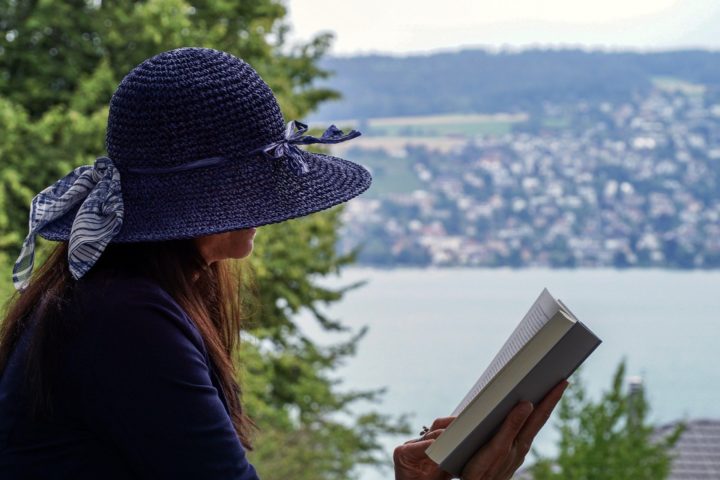 “Should women wear head coverings?” is a hugely significant question. It involves, among other things, the great doctrine of headship, the inspiration of Scripture, the distinction between the genders of male and female, and local church order. In this helpful message, David Gilliland sets out to answer what headship is, why women should wear head coverings, and what the head covering symbolises. In the process he answers questions like “Why does Paul seem to contradict himself between 1 Cor 11:5…
Apr 30, 2020 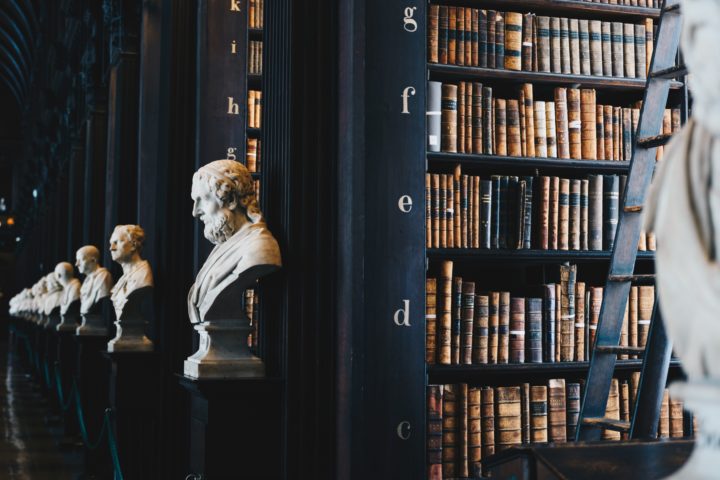 PART 1 – Michael Penfold contrasts the wisdom of men in their own self-improvement, with the wisdom of God in salvation. In the gospel, God has purposely done 3 very counter-intuitive things. First, He has designed a ‘foolish’ message. Second, He has saved a ‘foolish’ people; and third, He has used a ‘foolish’ method. And why has God so acted? To repudiate human wisdom and to humiliate human pride. This is the reasoning of Paul by the Spirit in 1…
Apr 3, 2020

It is vital to understand the Bible’s teaching about the human body. The contemporary secular view says “It’s my body, I can do what I like with it”. From piercing and tattooing on the one hand, to gender reassignment surgery and abortion on the other, our society has taken this idea and stretched it to the limit. The body is now seen as a commodity, something separate to the “person”. Countering this dangerous concept, Michael Penfold expounds 1 Cor 6:12-20…
Feb 29, 2020

PART 4 – John Dennison works his way down 1 Corinthians 11:2-16 (and 1 Cor 14:33-36) and deals with the Biblical subject of “the hierarchy of headship”, explaining 1. what it means for male and female roles in the local assembly and 2. how its symbolic display is seen in head coverings and hair length. He shows clearly that head coverings are not a “cultural issue” but rather something required of assemblies in all cultures, times and places. He explains…
Mar 25, 2019

PART 10 – After some general introductory remarks about spiritual gifts, Jonathan Black outlines 5 reasons why the “sign and revelatory gifts” (tongues, healing, prophecy, words of wisdom, and words of knowledge) ceased before the end of the first century BC. His reasons are: 1. Scripture says these gifts have ceased; 2. They have served their purpose; 3. Tthe apostles have passed away; 4. The Bible has been completed; 5. Modern tongues and healing fail the test of discerning Biblical…
Dec 23, 2018

PART 8 – Dan Rudge expounds 1 Corinthians Ch 13 – the priority, portrait, permanence and preeminence of love. After outlining the main point of the passage (love should be our motivation in the use of spiritual gifts) Dan tackles the difficult question “What is ‘that which is perfect’?” He contends that Paul is referring to the completed canon of Scripture, rather than Christ or heaven (Message preached 22nd Nov 2018)
Nov 22, 2018 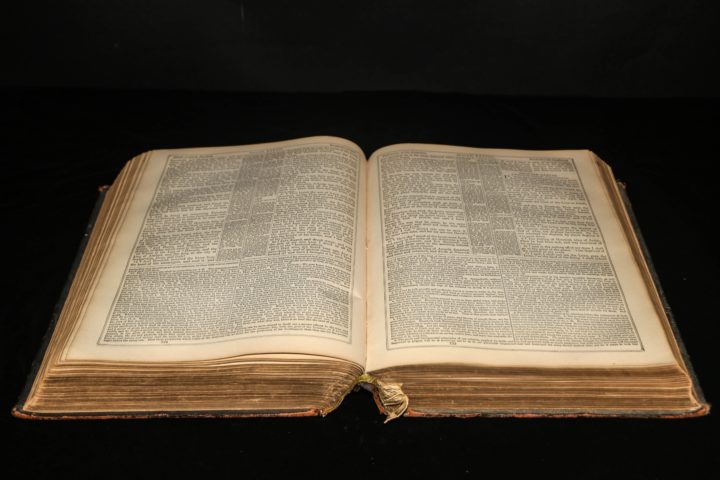 Dan Rudge tackles the difficult question “What is ‘that which is perfect’?” from 1 Corinthians 13:10. He contends that Paul is referring to the completed canon of Scripture, rather than Christ or heaven, and gives sound biblical reasons for his view (Message preached 22nd Nov 2018)
Oct 12, 2017

PART 6 – Michael Penfold preaches on “Christ in the 1st epistle to the Corinthians”. After dividing the book into 5 sections, he shows how Paul brings two aspects of the person and work of Christ into each section as he seeks to correct and encourage the assembly in Corinth. For example, in Chs 1-4, “the power and wisdom of God in Christ” are set forth as the answer to the divisions in Corinth (Message preached 12th Oct 2017)
Sep 3, 2017
PART 1 – Michael Penfold preaches on the first women in the Bible – Eve, the wife of Adam. A number of basic issues are covered in this message, including the Bible’s teaching on gender (male and female), the divinely designed different roles for men and women in the home, in society and in the assembly, and the Biblical reasons why women are not allowed to teach or pray publicly in assembly gatherings. Readings from Gen Chs 2-3, 1 Cor…
Apr 16, 2017
EASTER CONF 2017 – David Gilliland opens up 1 Corinthians 11:17-34, giving the background to the passage and outlining the difference between Lordship and Headship etc. The contribution section of the Bible Reading is not included. A roving mic was not used and the central mic did not pick up the comments clearly enough (Bible Reading from Apr 16th 2017)
Jun 5, 2016
PART 10 – Leslie Craig preaches on the responsibilities, requirements and the review of the stewardship given to Christians. From Luke 16, 1 Cor 4, Titus 1 and 1 Peter 3, Mr Craig shows that all Christians are stewards – of time, of love, of property and of gift – and will answer to God one day for how we handled the responsibility He put into our hands (Message preached 5th June 2016)
May 29, 2016
PART 9 – Mervyn Hall preaches on membership of the local assembly from 1 Corinthians 12. Concepts of necessity, equality, unity and diversity are brought out in connection with the metaphor of the body. The topic is dealt with under three headings: foundation, figure and fruition. Practical teaching is given relative to gift in the assembly (Message preached 29th May 2016)
May 15, 2016
PART 7 – Joshua Jacob preaches from 1 Corinthians Ch 11:1-16 on the topic of headship and its symbolic display in the uncovered head of the man and the covered head of the woman in the gatherings of the assembly. He outlines the glories in the verses and sets out the spheres of order that God has ordained – world order, assembly order and home order (Message preached 15th May 2016)
May 8, 2016
PART 6 – Mervyn Hall preaches from 1 Corinthians Ch 3 and highlights the three metaphors for the local assembly in the chapter – God’s husbandry, God’s building and God’s temple. After expounding the background to the chapter, Mervyn develops numerous principles essential to the proper, unified and scriptural functioning of a local assembly (Message preached 8th May 2016)
Mar 10, 2016

Peter Scarsbrook gives an overview of the apostle Paul’s first epistle to the Corinthians. He works through the 16 chapters of the epistle one by one, outlining each chapter’s chief characteristics and giving practical teaching therefrom. He contends that “carnality” was the chief problem at Corinth which in turn gave rise to all of the other problems in the assembly (division, immorality, idolatry etc.) (Message preached 10th Mar 2016)
Oct 15, 2015
PART 7 – Mervyn Hall preaches on the 21 gifts of the Spirit listed in 1 Cor 12, Romans 12, Eph 4 and 1 Peter 4. Do all Christians have a gift? How do you know what your gift is? What is the relationship, if any, between natural ability and spiritual gift? Are all 21 gifts still in operation or have some of them ceased? These and other questions are answered in this wide ranging message about this important and practical…
Dec 14, 2014
PART 5 – Mervyn Hall preaches on the wilderness journey of Israel. Working his way through 1 Cor 10:1-12, which states that the wilderness events were examples or types, written for our admonition, he highlights five events: the disobedience at Taberah, the insubordination at Sinai, the sedition at Shittim, the apostasy in the wilderness and the mutiny at Paran and brings practical exhortation to bear from each (Message preached 14th Dec 2014)
Jun 8, 2014
Norman Mellish preaches on the gatherings of the local assembly from 1 Corinthians Chs 11-16. He outlines the last few chapters of that epistle as follows: Ch 11 Gatherings, Ch 12-14 Gifts, Ch 15 Gospel and Ch 16 Giving. He explains the reason why head coverings are worn in assembly gatherings and as regards the breaking of bread he outlines “not anyone, not anywhere, not any time and not anyhow” (Message preached 8th June 2014)
Aug 11, 2013
PART 35 – David Castles outlines the 4 different words the apostle Paul uses for “preaching” in 1 Corinthians Ch 1 and exhorts his audience to be interested and involved in the communication of the gospel message to a needy world (Message preached 11th Aug 2013)
May 12, 2013

PART 21 – Mervyn Hall preaches on the different roles of men and women in a local New Testament assembly. He discusses the distinctions in role, remit and responsibility that are outlined in passages such as 1 Corinthians Ch 14 and 1 Timothy Ch 2. The topics of subjection vs authority and silence vs speaking are examined in the light of scripture (Message preached 12th May 2013)
Apr 7, 2013

PART 18 – Michael Penfold preaches on the distinctions between the “church which is His body” (Matt 16, Eph 5) and the “church of God at…” (a local assembly, Matt 18, 1 Cor 1:2). These are the only two aspects of “the church” that the New Testament envisages and a clear understanding of this fact will preserve from denominational confusion (Message preached 7th April 2013)
Feb 17, 2013

PART 13 – Mervyn Hall preaches on the distinctions between the three categories of persons in 1 Cor 2-3: “the natural man”, “the carnal man” and “the spiritual man”. He explains that, in the context, “the carnal man” refers not to a set category of “backslidden Christians” who show no evidence of salvation, but to believers in fellowship in the assembly at Corinth who were thinking and acting according to human wisdom (Message preached 17th Feb 2013)
Nov 11, 2012

PART 4 – Mervyn Hall preaches on the vital need to distinguish between the wisdom of God and the wisdom of men. The entire Christian worldview flows from a proper understanding of this distinction which Mervyn outlines from 1 Cor 1:17-25. A foundational message (Message preached 11th Nov 2012)
Nov 8, 2012
PART 3 – Marcus Hall preaches on Israel’s third annual feast, “The Feast of Firstfruits”. He expounds Lev 23:9-14 and points out that this feast has its fulfillment in the resurrection of Christ. In the words of 1 Cor 15:23 “Christ the firstfruits; afterward they that are Christ’s at His coming (Message preached 8th Nov 2012)
May 24, 2012
PART 7 – David West preaches on the use of spiritual gifts in the assembly. After an introduction, he looks at the nature of spiritual gifts, their diversity and the principles that govern their use. He also deals with the analogy of the human body employed by Paul in 1 Cor 12 (Message preached 24th May 2012)
Apr 9, 2012
EASTER CONF 2012 – Frank Sona preaches on “headship and the head covering” from 1 Cor 11. He gives a cogent and readily understandable exposition of this difficult passage and explains why head coverings should still be worn in assemblies today (Message preached 9th April 2012)
Oct 2, 2008
Scott Dunn preaches on “Sisters and the assembly”. He takes up the subject under the headings of submission, silence and service. Most of the message involves a verse by verse exposition of 1 Cor 11:1-16 (Message preached 2nd Oct 2008)
Sep 25, 2008
Michael Penfold preaches on “Angels and the assembly”, covering the subject of angels in general as well as drawing particular attention to the issue of head coverings and 1 Corinthians Ch 11:10 (Message given 25th September 2008)
Nov 25, 2006
John Stubbs preaches on the journey of the children of Israel from Egypt to Canaan. In this introductory message he outlines the first section of 1 Cor Ch 10 wherein several incidents from Israel’s journey are highlighted, and from which the apostle Paul draws valuable practical lessons as inspired by the Holy Spirit (Message preached on 25th Nov 2006)
Jul 1, 2006
Jim Baker teaches on the pre-tribulation rapture of the church. He explains why neither the church nor the rapture are mentioned in the Old Testament and touches on 1 Thess 4, 1 Cor 15 and other related passages.
Dec 26, 1973 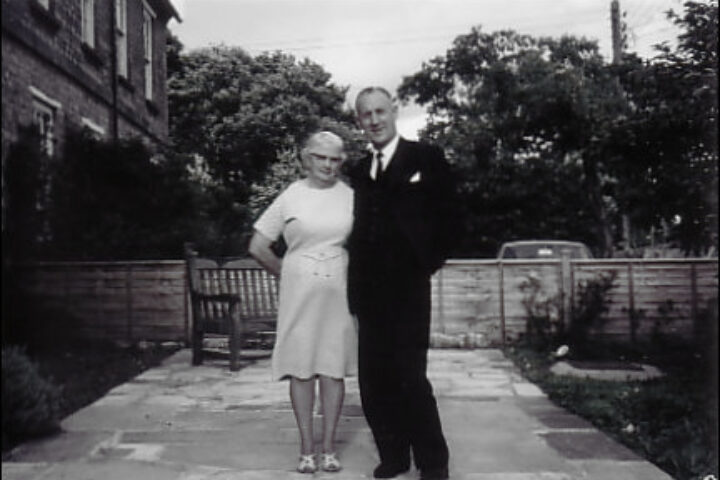 Fred Cundick (1907-1975) preaches on lessons from the 5 assembly problems at Corinth. Mr Cundick was a masterly expositor of the word and preached many memorable messages at Hebron Gospel Hall in the early days  (Message preached 26th Dec 1973) (Photo: Mr & Mrs Fred Cundick in Wendlebury, Nr. Bicester 1968)