Michael Penfold expounds 1 Timothy Ch 6 in which the Ephesian false teachers are condemned, and Timothy, the man of God, is charged – to “keep the commandment” and “guard the deposit”. The apostle Paul exposes those who view godliness as a way to make money and gives general warnings against covetousness. This issue is highly relevant in our day when the “prosperity gospel” is being promoted by false teachers like T.D. Jakes, Joyce Meyer, Joel Osteen and Brian Houston…
May 2, 2019

Gordon Stewart expounds 1 Timothy Ch 5. After looking at Paul’s words about relationships between the generations and genders in vvs 1- 2, Gordon looks at the instructions about family and assembly support for widows. Finally he picks out some pertinent lessons about elders from the end of the chapter, and takes time to give a warning in connection with the verse “use a little wine for thy stomach’s sake” (Message preached 2nd May 2019)
Apr 26, 2019

David West expounds 1 Timothy Ch 4. Following on from the grand truths of Ch 3, Paul now warns Timothy about the character and content of the false teachers who will appear in the latter times. In contrast, Timothy’s character, activity , motives and duties are outlined – and the example he is to be to the believers in Ephesus (Message preached 25th April 2019)
Apr 18, 2019

Mark Sweetnam expounds 1 Timothy Ch 3. The contents of this chapter (qualifications for overseers/servants), and the previous one (male/female roles in assembly) give us features of the “pattern” for the local assembly and are written so that we will know “how to behave” in the house of God (3:15), which functions as the pillar and ground of the truth. Mark deals with the issue of “the husband of one wife”, and also answers the question “What is a deacon?”…
Apr 11, 2019

Jonathan Black expounds 1 Timothy Ch 2. The first 7 verses concern the local assembly’s “responsibility” in prayer, while the last 8 verses deal with the subject of the “role” of men and women in public prayer (and teaching). Jonathan gives numerous helpful suggestions with regard to prayer and public participation, as well as highlighting the very challenging practical issues relative to apparel and adornment that are found in the chapter (Message preached 11th April 2019)
Apr 4, 2019

After briefly introducing 1st and 2nd Timothy, Mervyn Hall expounds 1 Timothy Ch 1. He highlights the author, the addressee, the aim and the ambition of chapter. In light of Paul’s words to Timothy, and the situation in the assembly at Ephesus, Mervyn has some interesting input for us today on the danger of conspiracy theories, and on the Christian’s relationship to the law of Moses (Message preached 4th April 2019)
Jan 13, 2019

PART 1 – Mervyn Hall introduces a series of messages on “Why we believe what we believe” by asking a basic preliminary question – “Why stand for truth?” Is truth still as important as ever? Isn’t it all just a matter of opinion? Should not love hold the trump card over truth? Basing his remarks on Paul’s two epistles to Timothy, Mervyn not only defends the basic concept of truth, but also outlines 5 reasons why we still must stand…
Jun 14, 2018

PART 7 – Michael Penfold preaches on separation from the world in connection with clothing, jewellery, cosmetics, piercing and tattoos. After establishing the fact that the Bible is concerned with the outward appearance of God’s people, Michael outlines 10 scriptural “guiding principles” by which to judge all issues of dress and appearance. Scripture readings: Prov 6:24-25, 7:10, Eze 23:40, 44, 1 Tim 2:8-10, 1 Pet 3:3-4 (Message preached 7th Jun 2018)
Sep 3, 2017

PART 1 – Michael Penfold preaches on the first women in the Bible – Eve, the wife of Adam. A number of basic issues are covered in this message, including the Bible’s teaching on gender (male and female), the divinely designed different roles for men and women in the home, in society and in the assembly, and the Biblical reasons why women are not allowed to teach or pray publicly in assembly gatherings. Readings from Gen Chs 2-3, 1 Cor…
Feb 14, 2016

PART 6 – Gary Woods speaks on the role of a father as outlined in various Bible passages, notably 1 Timothy Ch 3. Much profitable and practical teaching is given relative to leadership, love and the challenge of balancing home, assembly and work life. Wisdom is needed in rearing a family for God especially with the financial, social and technological pressures of the 21st Century Western world (Message preached 14th Feb 2016)
May 21, 2015
PART 7 – Josh Jacob preaches on the life of Timothy, a man who knew the scriptures from childhood and was converted later in life through the labours of the apostle Paul. Paul took Timothy under his wing and in this message we relearn the principle of an older man working with a younger, and are reminded of some of the vital lessons that must be passed between the generations (Message preached 21st May 2015)
Mar 14, 2015 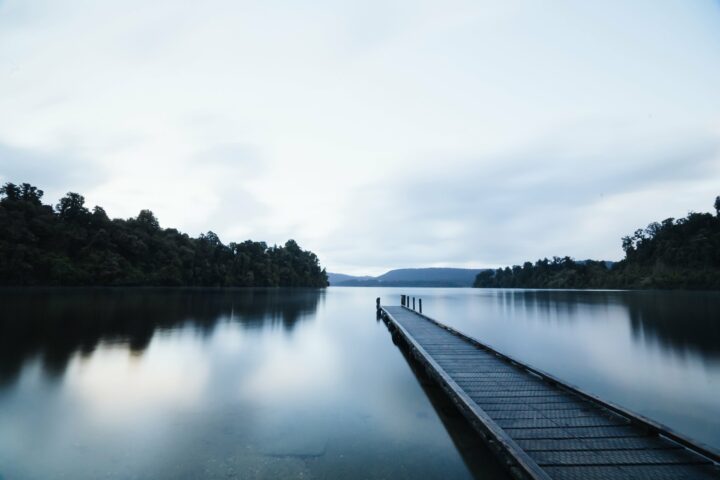 Andrew Ussher preaches on “godliness developed in the lives of believers”. He outlines his remarks under 3 headings: the pursuit, promise and practice of godliness. Godliness isn’t automatic! While believers must flee from the manifestations of the flesh, they must actively pursue godliness (1 Tim 6:11). Christians are encouraged to see that godliness is not only of value in the life which is to come, but also in “the life that now is” (1 Tim 4:8) (Message preached 14th Mar…
Mar 14, 2015

Andrew Ussher preaches on “godliness in womanhood”. While men and women are equal in essence and equal in spiritual standing as justified before God, in the order of headship God has outlined different roles for male and female. Though not given a public role in the local assembly, Andrew shows from 1 Tim 5:9-10 & 14 that “women professing godliness” have a vital and significant role to play, a role esteemed and valued by the Lord (Message preached 14th Mar…
Mar 13, 2015

Andrew Ussher introduces the subject of godliness, which he defines as “the character of God demonstrated in living human experience”. Taking up 1 Tim 3:16 he shows how the character of God was revealed in the person and life of Christ as it had never been seen before, hence “the mystery of godliness”. He closes with a look at some of the “fruits of the Spirit” in the Lord’s life – My joy, My peace, My love (Message preached 13th…
May 12, 2013

PART 21 – Mervyn Hall preaches on the different roles of men and women in a local New Testament assembly. He discusses the distinctions in role, remit and responsibility that are outlined in passages such as 1 Corinthians Ch 14 and 1 Timothy Ch 2. The topics of subjection vs authority and silence vs speaking are examined in the light of scripture (Message preached 12th May 2013)
Nov 29, 2012
THE ATTRIBUTES OF GOD Part 8 – Mervyn Hall preaches on the doxology in 1 Tim 1:17, “Now unto the King eternal, immortal, invisible, the only wise God, be honour and glory for ever and ever. Amen.” He exalts God and His attributes of sovereignty, eternality, incorruptibility and invisibility (Message preached Nov 29th 2012)
May 10, 2012
PART 5 – David West preaches on the subject of deacons. He defines what deacons are, before outlining their qualifications, proving, selection, function and compensation. This exposition of 1 Tim 3:8-13 and Acts 6 1-7 highlights the fact that “deacon service” involves much more than just the practical needs of a local assembly (Message preached 10th May 2012)
Apr 26, 2012
PART 3 – David West preaches on the subject of “the role of women in a New Testament assembly”. After setting the context, David West works his way through 1 Tim 2:9-15 line by line, and outlines the Bible’s teaching on sisters’ sobriety, silence, subjection and salvation (Message preached 26th Apr 2012)