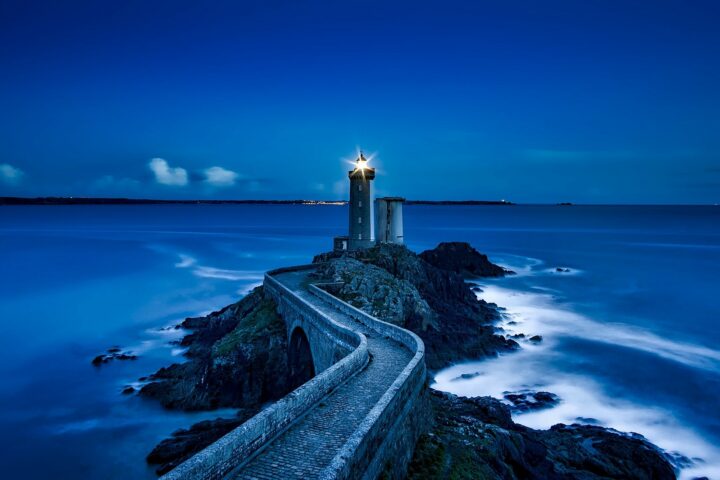 Joseph Baker (Jackson, MI, USA) preaches on the two human responses to divine truth: “faith”, which says “Let God be true“, and “unbelief”, that “makes God a liar“. When it comes to “then”, when it comes to “sin” and when it comes to “Him” – how will you respond? A helpful message giving clarity on the all-important matter of personal salvation. Reading: 1 John 5:9-11, Rom 3:3-4 (Message preached in Stark Road Gospel Hall 14th Mar 2021)
Feb 4, 2021 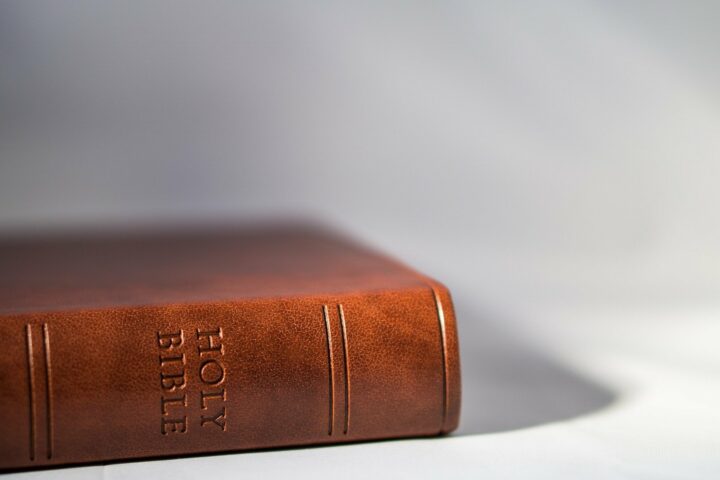 Many people are not saved because, consciously or unconsciously, they are waiting for some kind of feeling. Until they get this feeling, they think they can’t know they are saved. Peter Orasuk (1948-2005) preaches helpfully on this topic from the story of a man in the Bible who trusted his feelings instead of a spoken word. What are you going to go with: your feelings, or God’s word? Readings: Gen 27:5-10, 18-23, John 5:24.
Dec 6, 2020 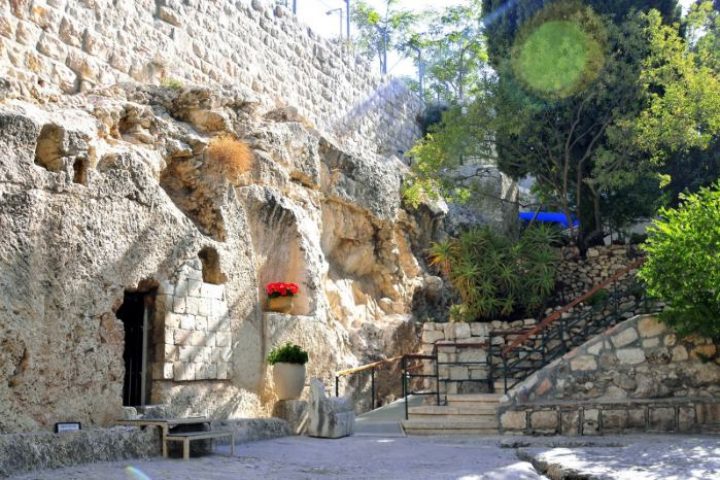 Andrew Steele preaches the gospel from Philippians 2:5-11, and in particular the expression in v8 “the death of the cross”. The preaching of the cross, though foolishness to the world, is central to the gospel of the Bible and it is precious to those who know Christ as their Saviour. The cross showed the extent of man’s hatred; is the exhibition of God’s heart; and is the essence of the believer’s hope. Do you know the Christ of the cross?…
Jun 24, 2020 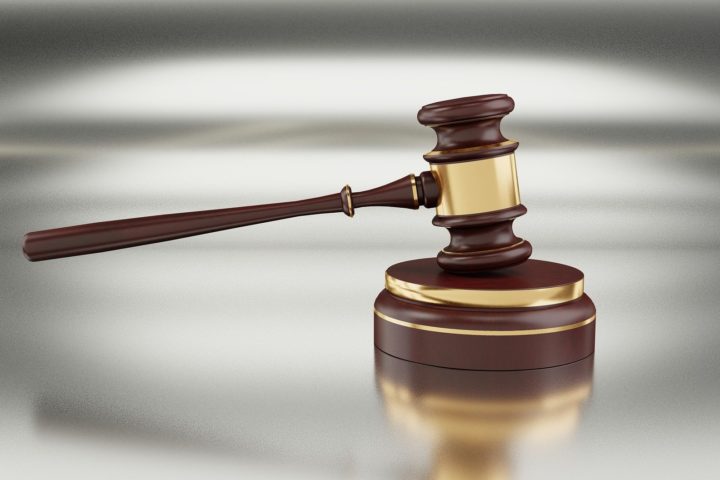 In a powerful gospel meeting, Peter Orasuk opens by describing the court scene in the epistle to the Romans that culminates in “every mouth being stopped” as the sentence of condemnation rings out. Mr Murray McCandless follows with a second message in which he preaches on Christ as the door to heaven. Messages preached in Feb 2001 in Ballymena.
Jun 2, 2020 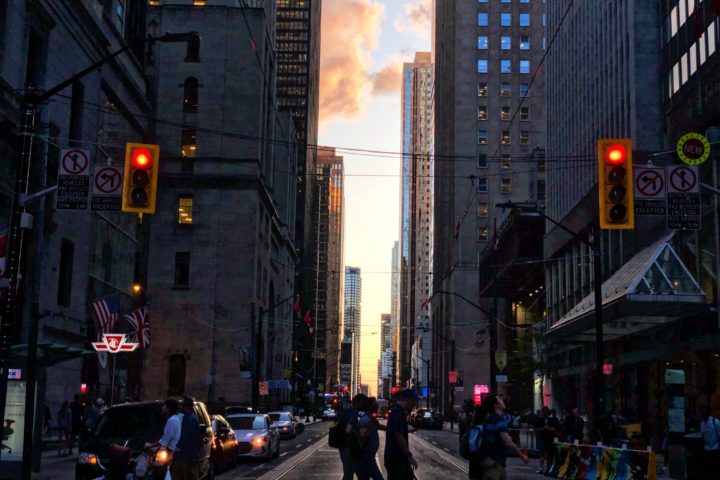 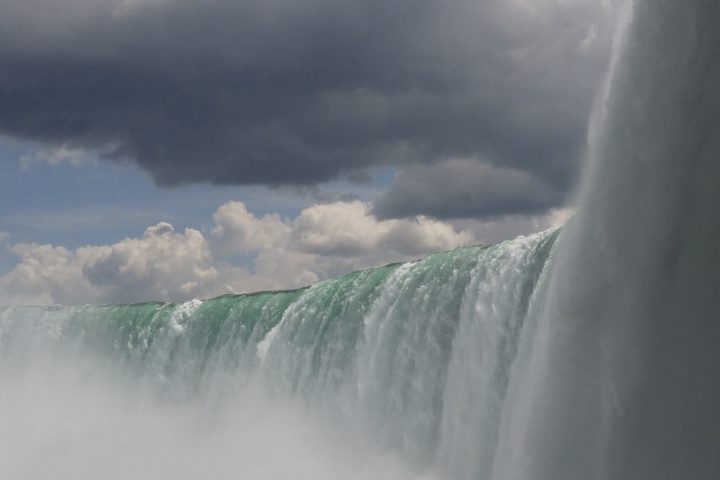 The late Peter Orasuk preaches the gospel with a sermon called “A Wake Up Call” (during his last visit to Bicester in June 2003). He includes a dramatic Niagara Falls illustration told as only Peter Orasuk could tell it.
Apr 27, 2020 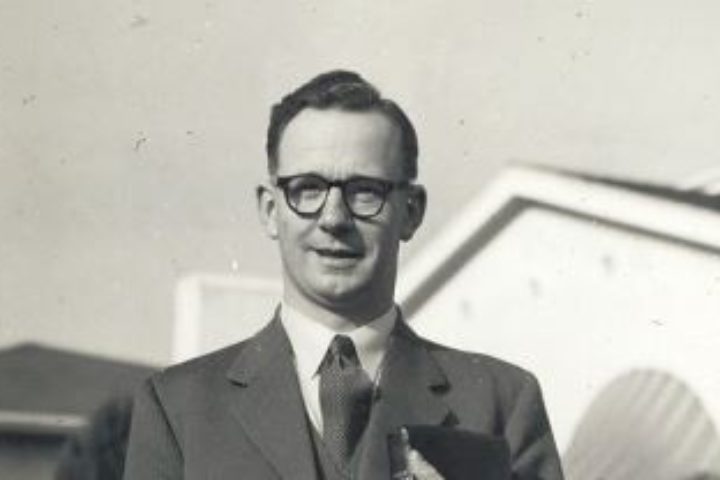 On the last night of a series of gospel meetings in Buckinghamshire, England, in 1980, Mr Jim Hutchinson (1920-2011) preached a message on the Philippian jailer who started off asleep, was then awakened, became anxious and was finally assured of his salvation through the person and work of Christ, about which he heard from Paul and Silas in the prison. In over 500 series of gospel meetings, Mr Hutchinson was always the same – steady, simple and earnest in the…
Mar 2, 2020 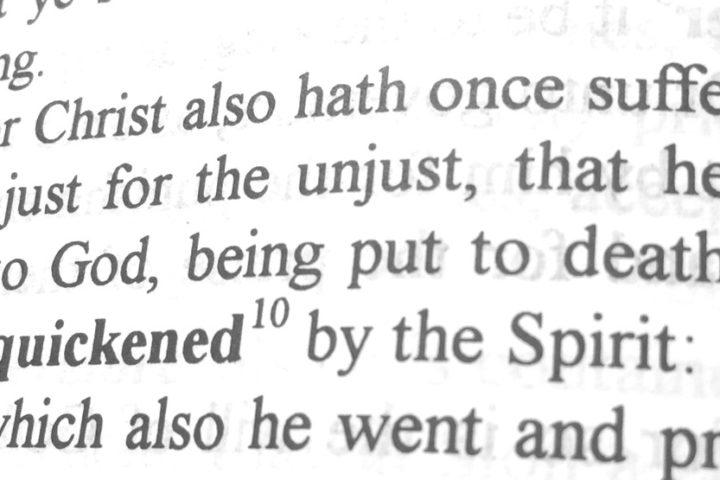 John Dennison preaches on 1 Pet 3:18 (“Christ has once suffered for sins the just for the unjust that He might bring us to God”), and emphasises the two words “Christ suffered”. The sufferings of Christ were unmatched, were necessary, and accomplished what they were designed for – meeting the claims of God against sin and providing salvation for sinners (Message preached 1st Mar 2020)
Oct 6, 2019 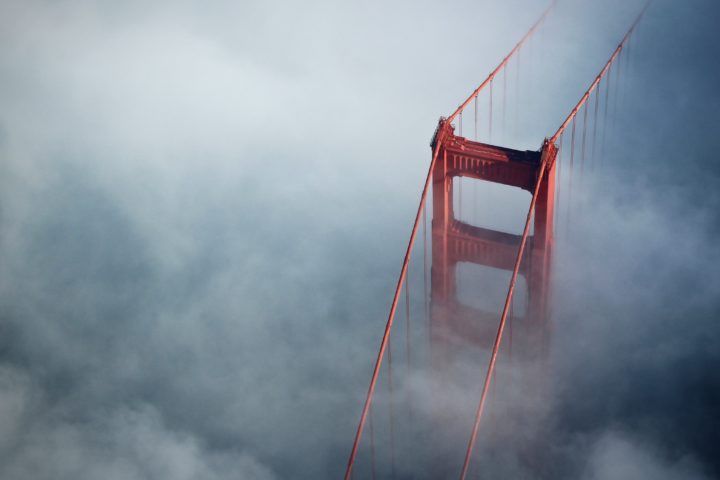 “Salvation was completely different to how I imagined it would be.” Eugene Higgins explains the way of salvation from the last verse of John’s Gospel chapter 3, which reads: “He who believes in the Son has everlasting life; and he who does not believe the Son shall not see life, but the wrath of God abides on him” (Jn 3.36). He develops his presentation of the gospel around 4 contrasts in this verse: “Whom”, not “How” “Him”, not “you” “Having”,…
May 5, 2019
Listen to the gospel preached in Romanian. Colin Hutchison preaches on 1 Timothy 1:15 “Christ Jesus came into the world to save sinners” and illustrates this Bible verse from the story of 3 sinners in the gospel of Luke who were saved from their sins by the Lord. The message is translated into the Romanian language by Mr David Weir (Message preached 5th April 2019)
Jul 22, 2018 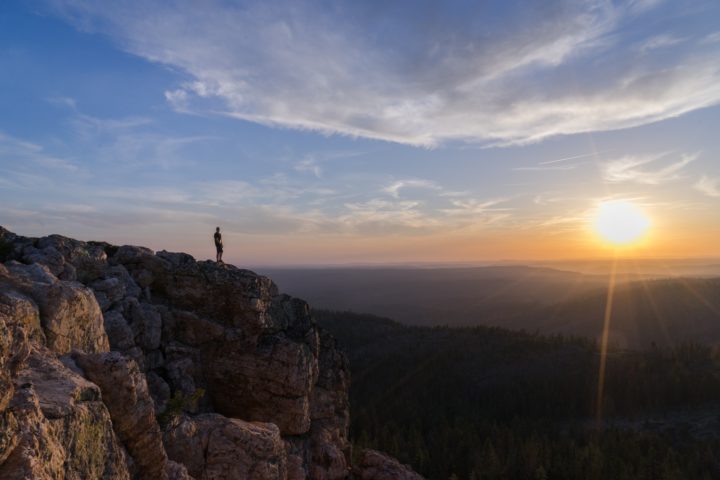 Mervyn Hall preaches on a vital Bible text: “You must be born again” (John 3:7). “You” – it’s personal; “must” – it’s essential; “be” – it’s real; “born again” – it’s spiritual. What does it mean to be born again? Why must I be born again? Listen to this vital message and learn your need of a divine regenerative work of God in your life if you ever hope to be in heaven. Do you say you are born again?…
Feb 19, 2017
Tom Armstrong preaches on “eternal salvation” and “eternal judgment” – you need one to avoid the other. Ian Jackson follows with a message called “Jesus saves”. You don’t need “help”, or “education” or “religion”…you need to be saved! (Messages preached 19th Feb 2017)
Jun 26, 2016 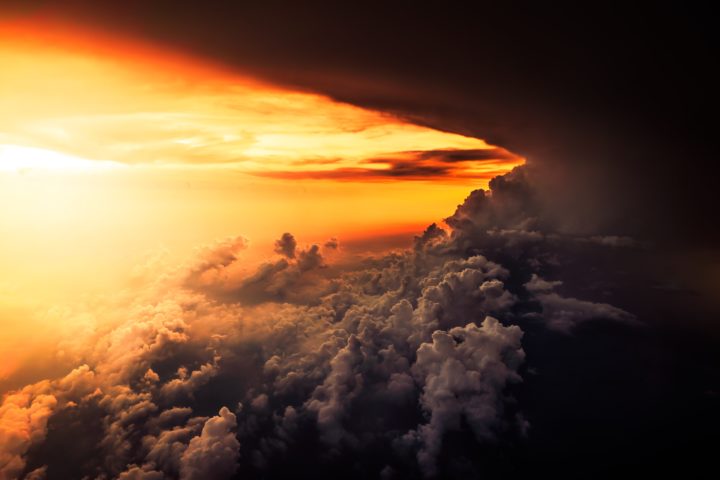 This earnest and searching message by Andrew Steele brings the listener back to the only thing that really matters: heaven or hell for eternity? In the fog of daily life, news coverage and social media feeds, it’s easy to lose sight of the greatest reality of all – where will I be 5 seconds after I die? Where will I be a billion centuries from now? Take time today to find a peaceful undisturbed spot and think deeply and seriously…
Feb 21, 2016
Kyle Wilson preaches on John 3:15, emphasising the fact that the gospel message is for the “whosoever”, that salvation is through “believing IN HIM” and that Christ died to save sinners from perishing. Jonathan Black closes with a message urging his audience to rely on Christ alone and His finished work (Messages preached 21st Feb 2016)
Jun 21, 2015
Mervyn Hall preaches on the subject of Magna Carta, on its 800th Anniversary in June 2015. The rights enshrined in this historic document touch on issues of life, liberty and property. After giving the historical background, Mr Hall moves to the subject of moral freedom and explains that personal freedom from sin can only come through Christ – One who gave up “property” so that we could have an inheritance, Who gave up His “liberty” so we could be free,…
Dec 18, 2012
GOSPEL – Scott Dunn preaches the gospel from Eph 2:1-8, and Lindsay Carswell continues with a pointed message based on four Bible mentions of the phrase “all men” (Messages preached 18th Dec 2012)
May 13, 2012 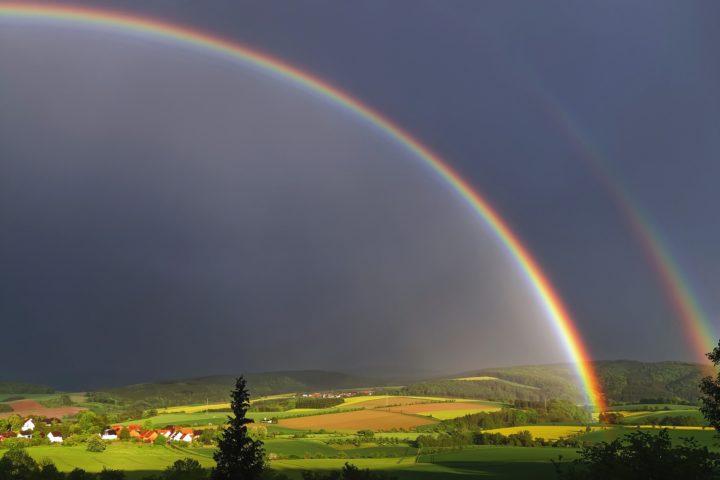 Jonathan Black preaches the gospel from the glorious text in Acts 4:12 “Neither is there salvation in any other”. In an earnest and heart-felt message, Jonathan points to Christ as the only Saviour of sinners and pleads with his audience to repent and trust in Christ. Are you saved? (Message preached 13th May 2012)
Feb 12, 2012 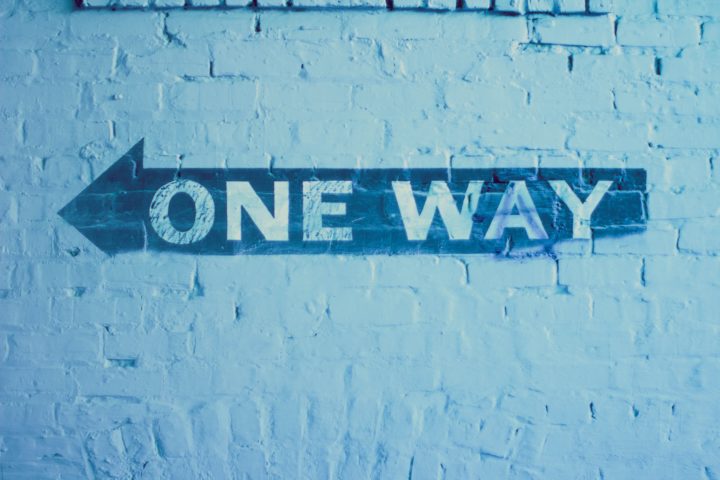 Ian Jackson preaches a “back to basics” gospel message giving a clear, straightforward and challenging presentation of three key Bible texts: 1 Timothy 1:15 – “Christ Jesus Came into the World to Save Sinners” Isaiah 53:5 – “But He was wounded for our transgressions, He was bruised for our iniquities, the chastisement of our peace was upon Him, and with His stripes we are healed.” John 3:16 – “For God so loved the world, that He gave His only begotten…
May 15, 2011 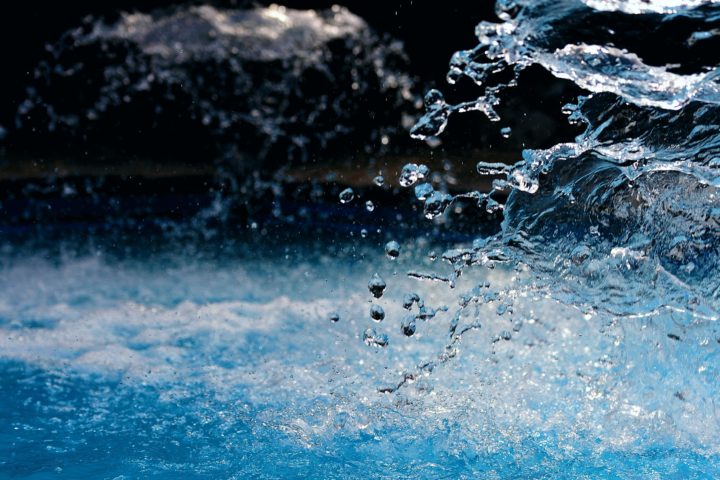 David Gilliland preaches on the gospel sound, settlement, supper, sureness and season, from Isaiah 55. He announces the free offer of salvation in the words of the prophet: “Ho, everyone that thirsteth…come, buy…without money and without price” (Message preached 15th May 2011)
Jan 23, 2011
GOSPEL – Crawford Brown preaches on a need above every other need (the new birth), a name above every other name (the Lord Jesus), and a night above every other night (salvation) (Message preached Sun 23rd Jan 2011)
Oct 17, 2010
GOSPEL – Sandy Higgins preaches on the fact and the forgiveness of sins, using Ephesians 1:7 as his text – “In Whom we have redemption through His blood, even the forgiveness of sins.” (Message preached Sunday 17th Oct 2010)
Dec 13, 2009
Nitish Patel preaches on choices made at the cross by Pilate, the chief priests, the Jews, Judas, Herod and the thief who was crucified with Jesus. What will you do with Jesus who is called Christ? (Message preached 13th December 2009)
Aug 30, 2009
Stan Wells preaches the gospel on the Cross of Christ under the headings: the weight, the women, the writing, the work, the wonder and the words of “the Cross” (Message preached 30th August 2009)
Dec 21, 2008
Irish evangelist John Rogers preaches on John chapter 3 – Nicodemus and the new birth under the headings of a night of discovery, despair, deliverance and delight (Message preached 21st December 2008)
Oct 19, 2008 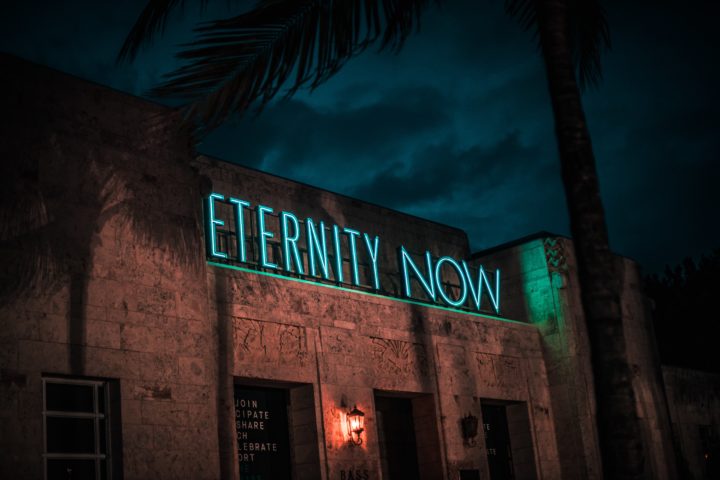 On September 15th 2008 the unthinkable happened. The famous investment bank Lehman Brothers collapsed, setting off an international banking crisis that threatened the entire world financial system. There followed a stock market meltdown, a global economic downturn and the greatest world recession since the 1930’s. In the middle of all of this, Ian Jackson came to Hebron Gospel Hall – on 19th Oct 2008 – and preached a powerful gospel message which he entitled A Matter of History, a Matter…
Jul 3, 2006 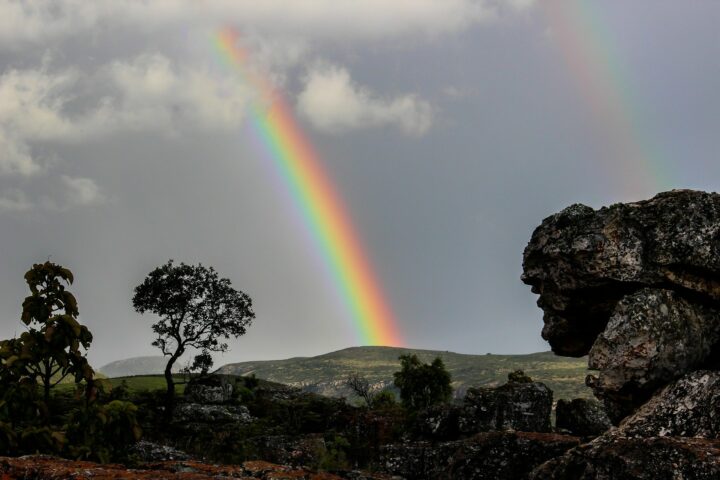 The Lord Jesus told Nicodemus “You must be born again” (John 3:7). But what does it mean to be born again? Michael Penfold preaches on how to be born again, outlining the need, nature and results of the new birth (Message preached in Hebron Gospel Hall in 2006)
Nov 4, 2002 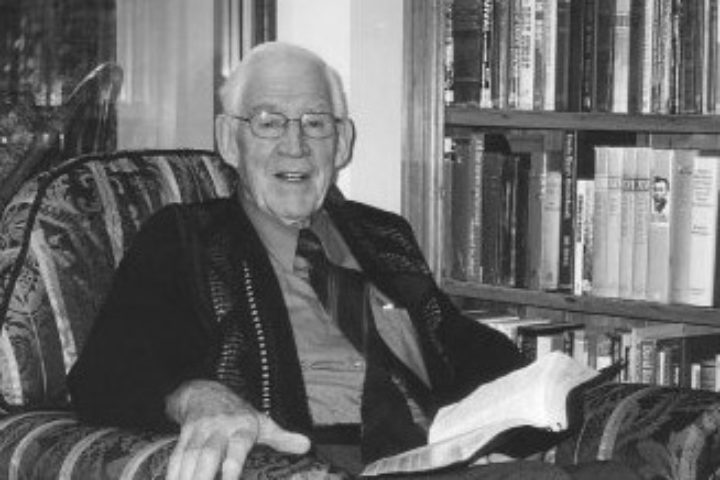