Apr 22, 2019
EASTER CONF 2019 – Frank Sona takes up the truth of the local assembly from Genesis Ch 22, where Abraham goes to “the place” out of “obedience to God’s Word”. He draws out many lessons from this pivotal day in the life of Abraham – a day that began with obedience and ended with worship (Message preached Apr 22nd 2019)
Apr 22, 2019
EASTER 2019 – Frank Sona preaches on the Lord’s words in Jeremiah 6:16, “Stand ye in the ways, and see, and ask for the old paths, wherein is the good way and walk therein”. He highlights the four verbs in the verse and urges his audience to follow the path of obedience to the Word of God, not the “drive at your own risk road” (Message preached 22nd April 2019)
Apr 21, 2019
EASTER 2019 – Frank Sona brings a challenge from Ezekiel 22:30 where God says “I sought for a man among them that should make up the hedge and stand in the gap before me.” God is looking for holy, separated, dedicated men and women to stand for him in times of difficulty and danger. Will you be that person? (Message preached 21st April 2019)
Apr 21, 2019
EASTER CONF 2019 – GOSPEL – Frank Sona preaches on three absolutes. Absolute sufficiency (Acts 4:12); absolute certainty (John 10:28), and absolute solemnity (Acts 8:21). Ian Jackson closes with a look at two people in the Bible who were asked “What is thy name?” A seaching gospel meeting where the audience is directly and earnestly challenged as to sin, salvation and eternity (Messages preached 1st Apr 2018)
Apr 20, 2019
EASTER CONF 2019 – Frank Sona begins the conference preaching form Psalm 85:6 – “Wilt thou not revive us again?” He highlights the need for revival and revival’s main features – including obedience to the Word of God, repentance, prayer and reliance on the Lord (Message preached Apr 20th 2019)
Jul 11, 2016 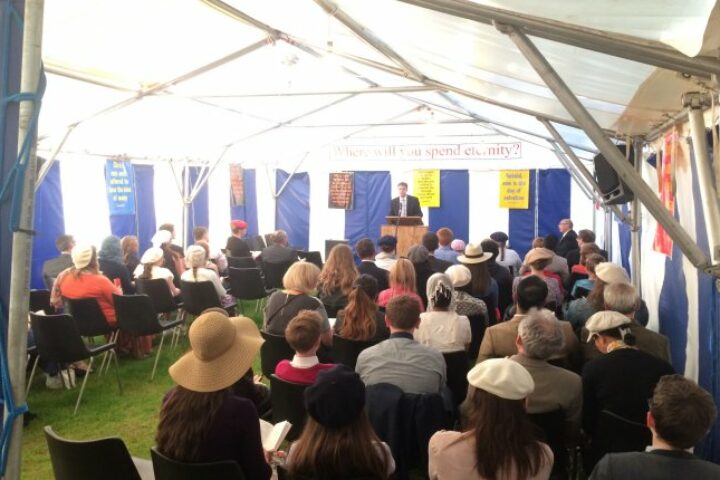 GOSPEL TENT 2016 – Frank Sona preaches on the danger of eternal punishment, in a searching message about hell from the book of Revelation. Andrew Steele continues with a look at the sufferings of Christ from Isaiah 53:5 and portrays a wounded, waiting and worthy Saviour (Messages preached 7th July 2016)
Jul 5, 2016

GOSPEL TENT 2016 – Andrew Steele preaches on the accusation made against Christ on the cross – “He saved others, Himself He cannot save” – and highlights the power of Christ to deliver sinners. Frank Sona looks the danger of facing eternity with “no fear of God” and “no foundation under your feet”. (Messages preached 4th July 2016)
Jul 3, 2016

GOSPEL TENT 2016 – Frank Sona preaches on three mentions of the word “never” (Matt 27:14, John 10:28, Mk 9:43) and includes a solemn warning about hell fire, which will never be quenched. Andrew Steele continues with “a sinner leaving time for eternity”, and “a Saviour leaving eternity for time”, as “Christ Jesus came into the world to save sinners” (Messages preached 3rd July 2016)
Jun 30, 2016

GOSPEL TENT 2016 – Andrew Steele preaches on Psalm 39:7 “What wait I for?” and outlines three reasons why salvation is urgent and why you should not wait any longer to be saved. Frank Sona continues with a look at the “elder brother” in Luke 15 who, because of his pride, “would not go in” and enjoy the feast. (Messages preached 30th June 2016)
Jun 27, 2016

GOSPEL TENT 2016 – Frank Sona preaches on the word “saved” – the meaning, the Man, the marks and the missing of salvation. Andrew Steele continues with a look at the parable of the lost sheep – the despair the shepherd had, the distance the shepherd went, the dependability the shepherd showed and the delight the shepherd experienced. (Messages preached 27th June 2016)
Apr 9, 2012
EASTER CONF 2012 – Frank Sona preaches on “headship and the head covering” from 1 Cor 11. He gives a cogent and readily understandable exposition of this difficult passage and explains why head coverings should still be worn in assemblies today (Message preached 9th April 2012)
Apr 9, 2012
EASTER CONF 2012 – Frank Sona delivers a searching message on walking with God. He works his way through the Biblical narrative about Enoch in Genesis 5 and draws powerful and edifying lessons from the life of this great man of faith (Message preached 9th April 2012)
Apr 8, 2012
EASTER CONF 2012 – Frank Sona preaches a discerning message about Moses, the student of God in the school of God from Exodus 3. He highlights the three sections of Moses’s life in which he learnt powerful lessons, as God dealt with him and molded him into a mighty servant (Message preached 8th April 2012)
Apr 8, 2012
EASTER CONF 2012 – GOSPEL – Elton Fairfield preaches on the significance of the death and resurrection of Christ; Frank Sona closes with a look at a great contrast – man not willing to come to Christ, and God not willing that man should go from Him (Messages preached 8th April 2012)
Apr 7, 2012 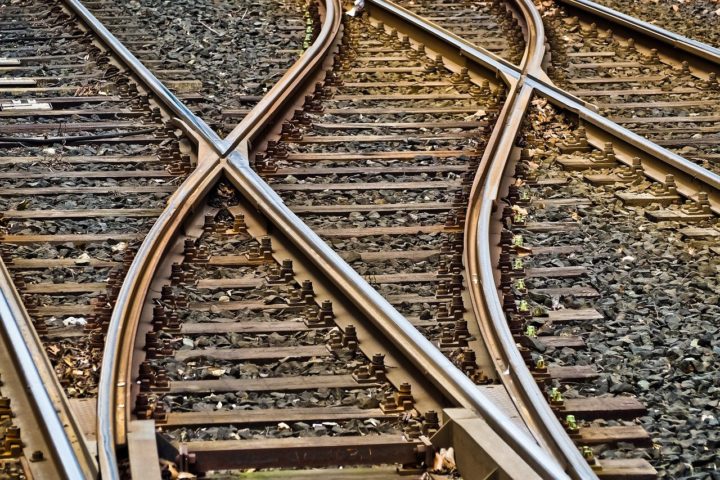 EASTER CONF 2012 – Frank Sona relates his journey from one church to another until he eventually found, through his own study of the Bible, the pattern of New Testament assembly order and practice, and took his place in such a gathering in Iowa, USA. An interesting and helpful message (Message preached 7th April 2012)
Aug 21, 2010 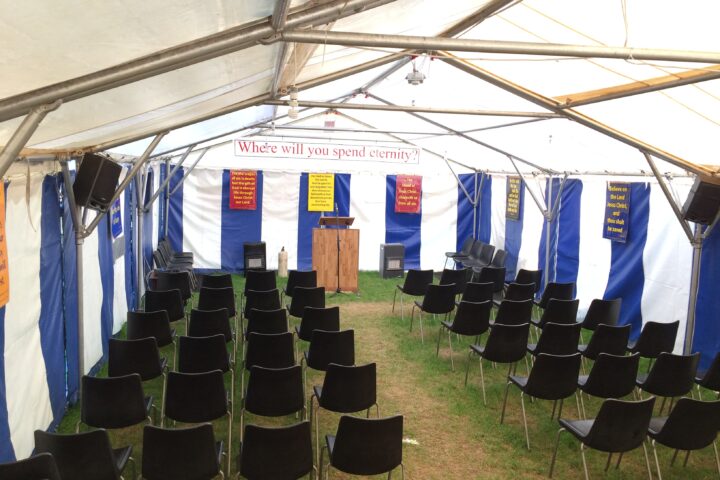 GOSPEL TENT 2010 – Frank Sona preaches on two lakes: the lake of Galilee and the lake of fire. Marvin Derksen follows with a look at three places: the place of the tree, the cross and the flame (Messages preached 21st Aug 2010)
Aug 19, 2010 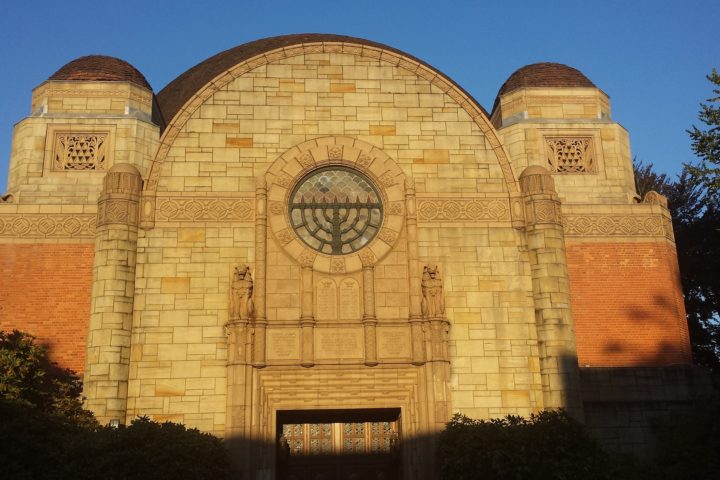 Frank Sona didn’t grow up in a Christian family. Being born and raised in a Jewish area of the state of New Jersey, USA, Frank developed a childhood fascination with Judaism and sometimes attended the local synagogue. Frank’s parents decided to take him to Sunday School where he finally heard about the Lord Jesus Christ for the first time. During a special week of children’s meetings Frank discovered his need of salvation – “my sin became real to me” –…
Aug 14, 2010

GOSPEL TENT 2010 – Marvin Derksen preaches solemnly on three mentions of “Who is He?” Frank Sona closes the meeting with a very effective message on the futility of “good works and religion” to save the soul (Messages preached 14th Aug 2010)
Aug 10, 2010

GOSPEL TENT 2010 – Marvin Derksen preaches on four spiritual impossibilities and Frank Sona preaches on a step between, a separation between and a Saviour between. (Messages preached 10th Aug 2010)
Jul 30, 2010

GOSPEL TENT 2010 – Frank Sona preaches on turning along, turning aside and turning away. Marvin Derksen follows with a message on “one step”, “one sin”, “one sacrifice” and “one shout”. (Messages preached Monday 26th July 2010)