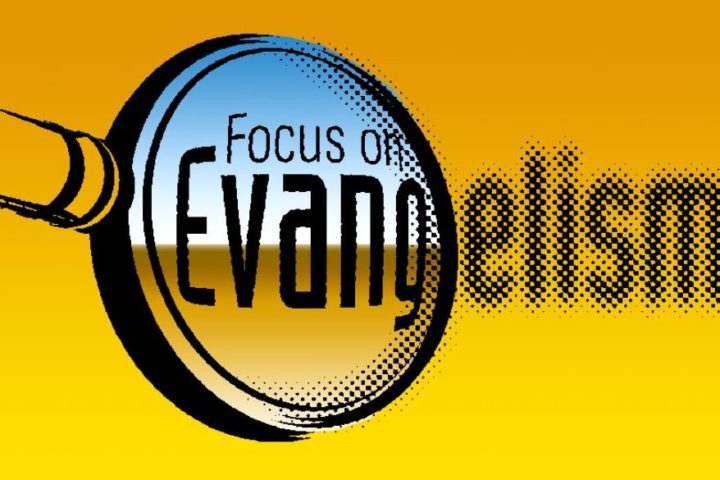 FOCUS ON EVANGELISM Part 4 – Michael Penfold addresses the question: is a “gospel meeting” a scriptural meeting? After outlining the history of how distinct regular gospel-preaching meetings have almost died out in the West, Michael sets out a scriptural case for continuing to hold them, both indoors and outdoors, based 1. on the meaning of the word “gospel” in the New Testament and 2. on the examples of Peter and Paul in the book of Acts. Readings: Mark 16:15,…
Jul 21, 2019

PART 3 – Michael Penfold takes a look at the two prayers of Hannah – her supplication in 1 Samuel Ch 1 and her thanksgiving in Ch 2. Her first prayer was heartfelt, intelligent, reverent and selfless, while her second revealed her appreciation of God’s salvation, His attributes, His sovereignty and His purposes. Along the way Michael has a few things to say about the subject of being “authentic” in prayer, and also passes comment on the regrettable revolution in…
May 9, 2019

Michael Penfold expounds 1 Timothy Ch 6 in which the Ephesian false teachers are condemned, and Timothy, the man of God, is charged – to “keep the commandment” and “guard the deposit”. The apostle Paul exposes those who view godliness as a way to make money and gives general warnings against covetousness. This issue is highly relevant in our day when the “prosperity gospel” is being promoted by false teachers like T.D. Jakes, Joyce Meyer, Joel Osteen and Brian Houston…
Apr 14, 2019

PART 12 – There are 4 main views of the timing of the book of Revelation: preterism, historicism, idealism and futurism. Michael Penfold explains that how we choose between them ultimately comes down to how we interpret Bible prophecy. He sets out the general laws of hermeneutics and then gives specific direction as to how to interpret prophetic symbols. He finishes by testing the 4 views against three items in the book of Revelation (Message preached 14th Apr 2019)
Mar 10, 2019

PART 2 – A Christian is someone who has been justified by faith in Jesus Christ. But how can a person know that Jesus Christ really existed, or that He is who the Bible claims Him to be, or that He really died and rose again? Michael Penfold outlines 5 basic lines of evidence for the Christan faith: 1. The eye-witness testimony of Scripture; 2. The fulfillment of Old Testament prophecy; 3. The existence of the church; 4. The martyrdom…
Dec 2, 2018

THE JUDGMENTS OF SCRIPTURE PART 2 – Michael Penfold preaches on God’s judgment on humanity for its rebellion in Eden’s garden. From the foundational chapter of Genesis 3, he deals with the context, cause, character and consequences of the first sin. God’s fairness in banishing Adam and Eve from the garden, and constituting all of their progeny sinners due to “one man’s sin” – hence the doctrine of “original sin” – is expounded and defended (Message preached 21st Oct 2018)
Oct 11, 2018

PART 2 – Michael Penfold preaches on the Lord’s statement in Matt 16:18-19; “Thou art Peter and upon this rock I will build My church, and the gates of hell shall not prevail against it. And I will give unto thee the keys of the kingdom of heaven”. Questions addressed in this message include, “When did the church begin?”, “Who is the rock upon which the church is built?” and “What are the keys of the Kingdom of heaven?”  (Message…
Sep 9, 2018
PART 11 – Michael Penfold preaches on the 10th commandment – “Thou shalt not covet”. After defining covetousness, he deals with the topic under 5 headings. The origin of, operation of, outcome of, opposite of, and overcoming of covetousness. Covetousness is a besetting sin that creeps into almost every sphere of life and needs constant mortification (Col 3:5). What does Paul mean in that verse when he says “Covetousness…is idolatry”? (Message preached 9th Sept 2018)
Tomorrow Oxford Open Air Outreach