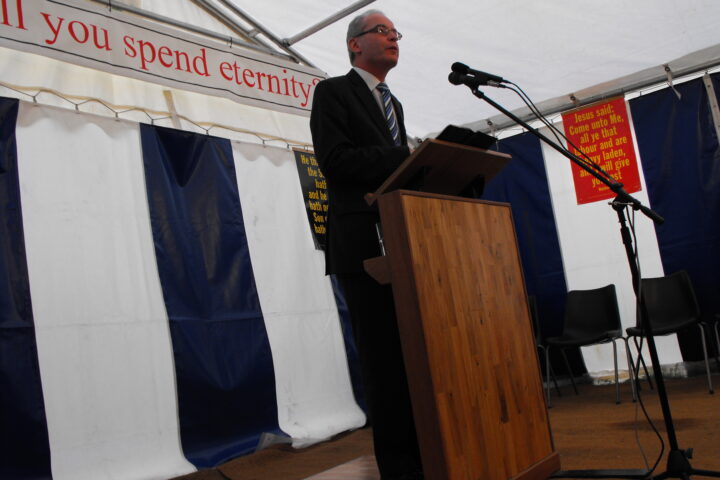 GOSPEL TENT 2009 – Tommy Wright preaches on “Remember the days of darkness” and Wesley Martin closes with “O that men would be wise…that they would consider their latter end.” (Messages preached Tuesday 18th August 2009)
Aug 17, 2009

GOSPEL TENT 2009 – Two weighty messages on eternal issues: Tommy Wright preaches on “Yet have ye not returned” and Wesley Martin on “Man dieth and where is he?” (Messages preached Thursday 13th August 2009)
Aug 9, 2009

GOSPEL TENT 2009 – Tommy Wright preaches on “Go to the ant thou sluggard” and Wesley Martin follows with a very helpful message highlighting two expressions in the Bible: “Me a sinner” and “Himself for me”. (Gospel messages preached Sunday 2nd August 2009)
Jul 30, 2009

GOSPEL TENT 2009 – Two pointed and effective messages: Tommy Wright preaches on the futility of good works to save the sinner and Wesley Martin follows with “The Journey and Its End.” (Gospel messages preached Thursday 30th July 2009)