Sermons on Marriage and the Family 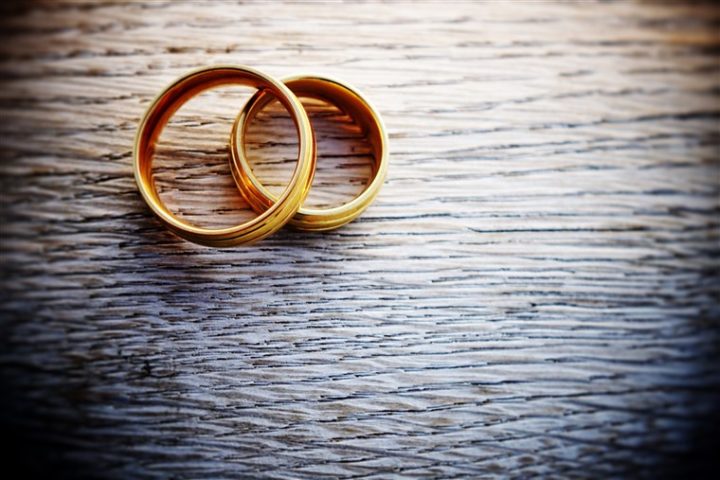 PREPARING FOR MARRIAGE Part 3 – Jonathan Black preaches on the dangers to marriage under 4 headings: Celebration, Communication, Contamination and Consecration. In a very practical message he deals with essential topics such as language, love and leadership. Warnings are given about adultery, abuse, alcohol and addiction (to gambling, gaming and pornography). Finally couples are urged to put consecration to God first. Readings in Luke 1:5-6, John 2:1-2 and 1 Pet 3:1-7 (Message given Apr 19th 2018)
Apr 12, 2018

PREPARING FOR MARRIAGE Part 2 – Michael Penfold preaches on the duties and responsibilities of husbands and wives within marriage. God created male and female, and assigned different roles to them in the home, the assembly and society. In his role as the head of the wife, man has certain responsibilities; in her role as helper, so does the woman. What are these roles and how is this concept to be defended in a world of feminism, roleless marriages and…
Apr 5, 2018

PREPARING FOR MARRIAGE Part 1 – Joshua Jacob takes up “the doctrine of marriage” from Gen 1 and 2, Prov 31 and Eph 5. Marriage and the family is the basis of human society and is introduced in the Bible long before “government”. Marriage is the total commitment of the total person for a total life. Josh outlines the reason, responsibilties, relationships, requirements and rhythm of marriage in a wide ranging message aimed at preparing young couples for marriage (Message…
Feb 19, 2017

PART 5 – Ian Jackson preaches on the home of Amram (and Jochebed), the parents of Moses. He highlights the faith of Moses’s parents who had no “Egyptian ambitions” for their son, but saw Moses as a stewardship from the Lord to be raised for Him and to serve Him as the deliverer of His people. Their task was to raise Moses in such a way as would fit him for that role. A message designed to guide parents in…
Feb 19, 2017

PART 4 – Ian Jackson preaches on the home of Ananias (and Sapphira) from Acts Ch 5. This sad home was marked by pretence, by hypocrisy and by deception. This couple were pretending to be what they weren’t. The root and the fruit of their iniquity is explained and the audience is urged to have, by contrast, homes marked by truth, holiness and heart devotion to God (Message preached 18th Feb 2017)
Feb 18, 2017

PART 3 – Ian Jackson preaches on the home of Abraham, a man in whose life the altar and the worship of God always came first. This is a powerful message on the topic of the need for a “family altar” where families read the word of God and pray together daily. A vital message on a vital subject that needs to be heeded in a busy technological age (Message preached 18th Feb 2017)
Feb 17, 2017

PART 2 – Ian Jackson preaches on the home of Aquila and Priscilla, a married couple in the New Testament who, mightily used in the work of the Lord, serve as a “pattern couple” for others to follow. Ian develops his message around three headings: the “priority” of the work of the Lord in their home, the “equality” of their share in that work, and the “variety” of their labours in evangelism, teaching, hospitality and assembly function (Message preached 17th…
Feb 16, 2017

PART 1 – Ian Jackson preaches on the home of Achan from Joshua Chs 6-7. What Achan did, and what he brought into his home, negatively affected him, his children and the whole assembly of God’s people. The lesson? Home life impacts all of life – work, family, and assembly. What is needed today is a restoration of sanctified homes where God is honoured. Mr Jackson asks “Is it time your home changed?” (Message preached 16th Feb 2017)
Mar 13, 2016

PART 10 – Michael Penfold takes up the subject of the Christian’s attitude to the government, society and culture. What are the Biblical responsibilities and duties of Christians in this dispensation with regard to “the powers that be”? Should Christians be trying to convert culture, to reform society and to see Biblical laws imposed on nations? Should Christians be politically involved – voting, campaigning and protesting? These and other questions are addressed in this topical message (Message preached 13th Mar…
Mar 6, 2016

PART 9 – Mervyn Hall preaches on “honouring your parents”. This is a look at the Bible’s teaching on the duties and responsibilities of children toward their parents in three stages – dependence (at home), independence (leaving home) and interdependence (once married). This message includes a detailed look at Ephesians 6:1-2 (Message preached 6th Mar 2016)
Feb 28, 2016

PART 8 – Peter Scarsbrook preaches on “honouring your master” and looks at the very practical subject of “the Christian in the workplace”. What kind of career should a Christian take up? How can a Christian have a good testimony at work? What temptations are there in the work place? How should a Christian act in relation to Trade Unions, Christmas parties, and other issues of conscience? A helpful and wide-ranging message (Message preached 28th Feb 2016)
Feb 20, 2016

PART 7 – Norman Mellish speaks on the subject of “Motherhood”.  Basing his comments on Titus 2:2-3, Norman looks at six homes in the Bible and draws practical lessons about motherhood from each one. He highlights the danger of favouritism, the duty of protection and education, and the influence of godly devotion and prayer. A helpful message based on Scripture, with the benefit of decades of parental experience (Message given 20th Mar 2016)
Feb 14, 2016

PART 6 – Gary Woods speaks on the role of a father as outlined in various Bible passages, notably 1 Timothy Ch 3. Much profitable and practical teaching is given relative to leadership, love and the challenge of balancing home, assembly and work life. Wisdom is needed in rearing a family for God especially with the financial, social and technological pressures of the 21st Century Western world (Message preached 14th Feb 2016)
Feb 7, 2016

PART 5 – Daniel Rudge speaks on “the Christian wife”. Under the headings of her dignity, duty, disposition, dress and devotion, Daniel gives a balanced and comprehensive look at the character and role of Christian woman within marriage. He explains the scriptural meaning of equality, submission and virtue, and addresses pertinent points relative to how modern culture throws up challenges for the married Christian woman (Message preached 7th Feb 2016)
Jan 31, 2016

PART 4 – Joshua Jacob speaks on “the Christian husband”, centering his comments around 1 Pet 3:7 “Husbands, dwell with them according to knowledge, giving honour unto the wife, as unto the weaker vessel, and as being heirs together of the grace of life; that your prayers be not hindered.” The Christian husband is to “live intimately with her”, “be understanding of her”, “give honour to her”, “share freely with her” and “deal gently with her.” A practical helpful message…
Jan 24, 2016

PART 3 – Michael Penfold speaks on the topic of singleness and courtship. After a look at a number of issues around singleness, 7 words are emphasised in relation to seeking the Lord’s will concerning a marriage partner: dependence, patience, obedience, intelligence, guidance, prudence and vigilance. This message touches on a number of practical and topical issues including ‘dating’, social networking and parental involvement (Message preached 24th Jan 2016)
Jan 17, 2016

PART 2 – Josh Jacob speaks on the topic of marriage from three sections of Scripture: Genesis, Song of Solomon and Ephesians. In a wide-ranging message he takes up the purpose and permanence of marriage, as well as outlining its patterns and principles. He gives helpful guidance on the issue of communication between husband and wife and carefully outlines the roles of men and women in marriage (Message preached 17th Jan 2016)
Jan 10, 2016

PART 1 – Mervyn Hall introduces a series on “the Bible and the family”. He explains that the family is the foundation of humanity, the organisation at the heart of society, and is intimately bound up in what God is doing in the present dispensation in the church. In a wide ranging message, the importance and centrality of the family to all of God’s purposes is outlined (Message preached 10th Jan 2016)
Feb 24, 2013

PART 6 – Andrew Ussher expounds what “marital love” really looks like in the Bible – not some mere sentimental feeling or emotion, but a commitment, in the words of 1 Cor 13:7, to “bear all things”, “believe all things”, “hope all things” and “endure all things”. This message will really challenge you to think about “love” on a different level to the culture around us – Readings: Gal 2:20, 1 Cor 13:3 and 7 (Message preached 24th Feb 2013)
Feb 23, 2013

PART 5 – Andrew Ussher answers written audience questions on financial and child rearing issues. He gives wise answers on questions like “How should parents respond to a child who says he or she wants to be saved?”: “How should parents handle issues such as TV, the internet and smartphones” and “At what age should parents bring young children to meetings”? A very helpful session (Questions answered on 23rd Feb 2013)
Feb 23, 2013