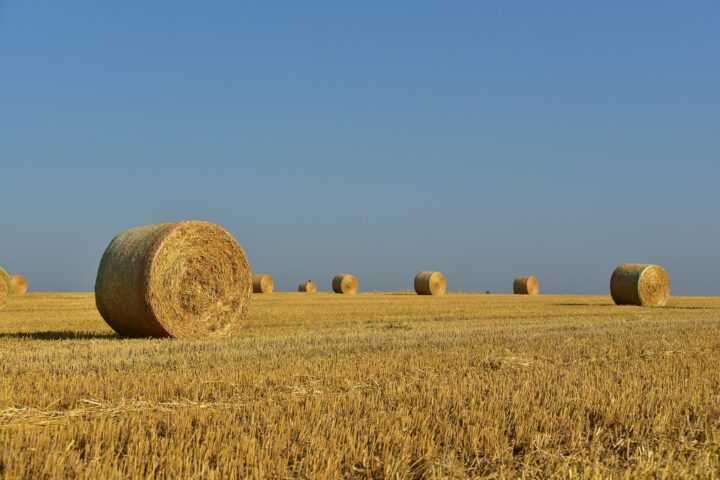 Jack Gould tells the wonderful story of the progress of the gospel among the Hutterite colonies of Manitoba, Canada. Hutterites are religious group who share a common European ancestry with the Mennonites and Amish, differing with them in that they believe in sharing their possessions in common and thus living in ‘colonies’. Jack Gould has been labouring among the Hutterites for a number of years and here tells the thrilling story of souls being saved and lives being transformed. (Report…
Dec 8, 2020 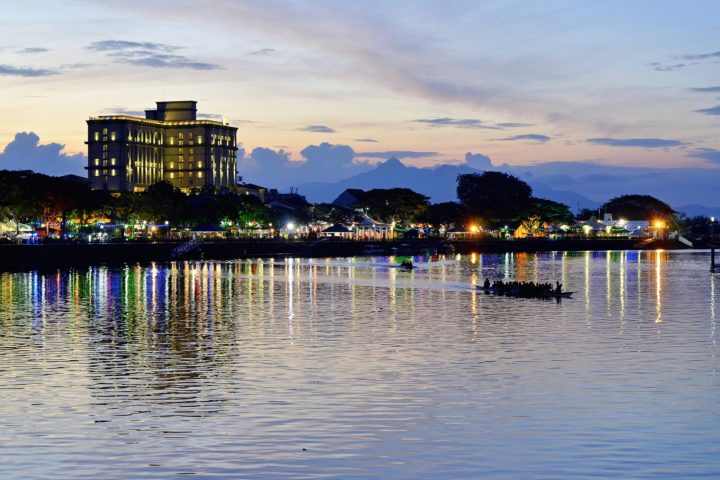 Borneo is the third largest Island in the world, divided politically by three countries. In 2015, an assembly was planted in the city of Kuching (photo above) in Sarawak, Borneo, through the labours of John and Susan See. In this message, John tells his testimony (first 12 minutes) and then relates his call to the work and how the Lord has saved souls and commenced assembly testimony in Kuching. A fascinating and encouraging listen. Reading: Acts 11:19-30. (Report given in…
Feb 9, 2017
Marcus Cain gives a report on gospel work in Mexico and gives a flavour of the situation in a number of districts where assemblies have been planted in recent years (Report given 9th Feb 2017)
Jan 28, 2017
Billy Watterson gives a report of gospel work in the state of São Paulo, Brazil. The Watterson family is based in the town of Pirassununga, from where they have been preaching the gospel and seeing assemblies planted in the neighbouring towns and villages over many years. They are also involved, with others, in translating commentaries and other Christian books from English to Portuguese (Report given 28th January 2017)
Feb 21, 2016
Jonathan Black preaches from Numbers 6 on the need for consecration in the life of the Christian. A servant of God must have a consecrated heart, home, head, hands and hours. A challenging message urging total consecration to God in service for His glory. Lessons from the Nazarite about self-control, content and connections are powerfully applied (Message preached 21st Feb 2015)
Feb 20, 2016
Jonathan Black reports on gospel work in London. He points out a missing generation in our nation’s capital (counting the cost), highlights a current generation (continuing steadfastly) and speaks directly to a rising generation (challenged to serve). The doors of opportunity in London are open, but who will go through them? (Report given 20th Feb 2016)
Feb 20, 2016
Kyle Wilson reports on the Lord’s work in Nicaragua. He gives a history of the assemblies in that part of Central America and outlines recent labours in preaching the gospel in Tents and rented buildings. Souls have been saved and baptised, and assemblies have been planted. An encouraging account of the power of the gospel to change lives (Report given 20th Feb 2016)
Feb 19, 2016
Kyle Wilson relates the story of his conversion to Christ in Vancouver, aged 17, and how he was subsequently called by the Lord to preach the gospel full time and to go to Nicaragua in Central America. This message highlights the pivotal role that can be played in the life of young people by elders and older evangelists who have an interest in a rising generation (Message preached 19th Feb 2016)
Feb 19, 2016
Jonathan Black relates the story of his call to serve the Lord full time. Raised in Northern Ireland, converted at the age of 19, Jonathan was called to preach the gospel and moved to England where he works in London, Oxford and elsewhere. The challenge of going to a different culture and environment with the gospel is pointedly brought out in this interesting message (Message preached 19th Feb 2016)
Feb 18, 2016
Kyle Wilson preaches on the character of the servant of God from the book of Ruth. He draws pertinent and powerful lessons from each chapter and challenges servants of God to be self-sacrificing (Ch 1), steadfast (Ch 2), submissive (Ch 3) and finally to be satisfied with God’s blessing (Ch 4). A stirring message, directing us to serve God in a spiritual and Biblical way (Message preached 18th Feb 2016)
Aug 21, 2014
Tom Matthews, a veteran missionary from Lurgan, Northern Ireland, who with his wife Dorothy has served the Lord in Brazil for a number of decades, gives a report of his call to the work there and speaks of how the assembly in Novo Hamburgo was formed through labours in the gospel. He recounts a number of interesting cases of conversion (Report given 21st August 2014)
Apr 24, 2014
Nitish Patel gives an encouraging report of the Lord’s work in Wembley, London, where he is involved in an outreach to the large Asian population there and where a few souls have been saved and delivered from darkness, in the midst of discouragements and opposition (Report given 24th Apr 2014)
Apr 25, 2013
Mr R. Raghu recounts his call to serve the Lord and reports on the progress of the gospel in the Indian states of West Bengal and Sikkim, as well as in eastern Nepal. A number of assemblies have been planted in these areas as Hindus and Buddhists and Roman Catholics have turned from idols to serve the living and true God (Report given April 25th 2013)
Feb 20, 2013
Brian Howden gives a report of the Lord’s work in Angola. He outlines the spiritual needs of the country and the particular need presented by over 1,300 assemblies, many of them quite young, in a country plagued by witchcraft and other major problems. Much to encourage – much to pray for (Report given Thursday 20th Feb 2013)
Oct 18, 2012
Robert Plant gives a report of the Lord’s work in which he is involved in Northern Ireland. He speaks of gospel outreach in numerous forms – preaching the gospel in the open air, bringing the gospel to children, taking a gospel trailer to various shows and various publishing ventures – 52 min (Report given 18th Oct 2012)
Aug 29, 2012
REPORT – Johnny Black reports on gospel work carried out at the 2012 Olympics in London. A fascinating insight into gospel outreach in various parts of London, including open air preaching in Trafalgar Square (Report given 29th Aug 2012)
Jan 17, 2012 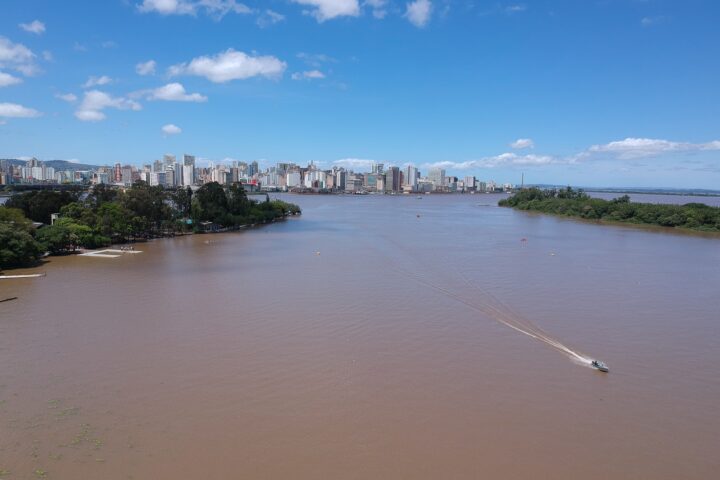 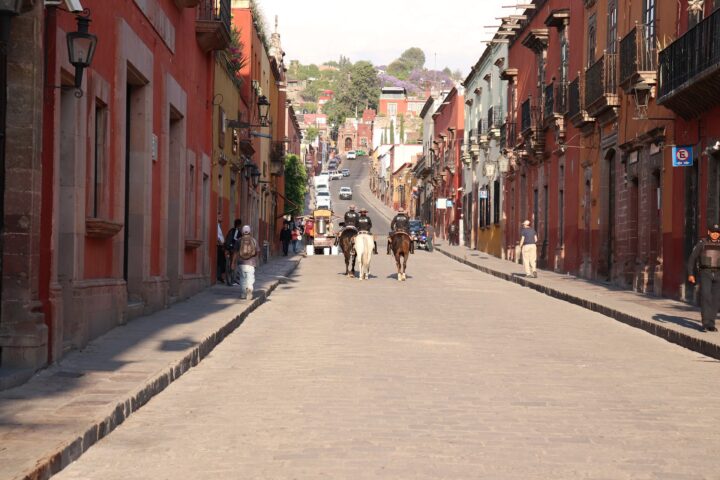 John Dennison gives an encouraging report of the Lord’s workings in Mexico. He relates the stories of the planting of 3 assemblies and some remarkable instances of the Lord moving in wonderful ways to save souls in that land (Report given 5th April 2010)
Nov 16, 2006
Nitish Patel gives a report of gospel work in India. He recounts stories of conversion, planting of assemblies and persecution and includes details of gospel work in Wembley, London, England (Report given Nov 16th 2006)