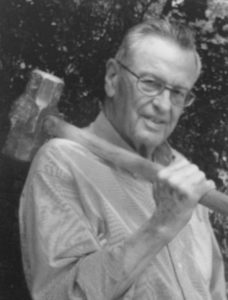 Robert Surgenor (1928- ) tells the amazing story of God’s grace and mercy to him during the first 24 years of his life when, first as a mischievous child and then as a reckless youth, he had repeated brushes with death but was spared every time. He was later saved through the witness of his wife and the preaching of the gospel, all in answer to his mother’s heartfelt prayer when Robert had pneumonia as a child. It’s not uncommon to hear people say “What has God ever done for me?” but most of us, looking back, could and should recall with gratefulness how God was merciful to us when we did not think of Him! This powerful life-story will serve as a reminder of this oft forgotten truth. Robert’s wife was very different to him. She was a good-living religious person who had a struggle to accept that she was a sinner who needed to be saved. Yet God worked in her life too and actually saved her before Robert!

Saved in 1952, Robert went out full time to preach the gospel in 1970. He pioneered gospel work in West Virginia, USA, pitching Tents and hiring Halls and seeing the Lord save souls and a new assembly formed in New Creek, West Virginia. The story of this work is told in the book Happenings Up The Hollow (ISBN 9781926765808). Robert has also written The Plagues of Corinth, The Son of God, Egypt to Canaan, Prayers of the Saints and Jesus in Hebrews.