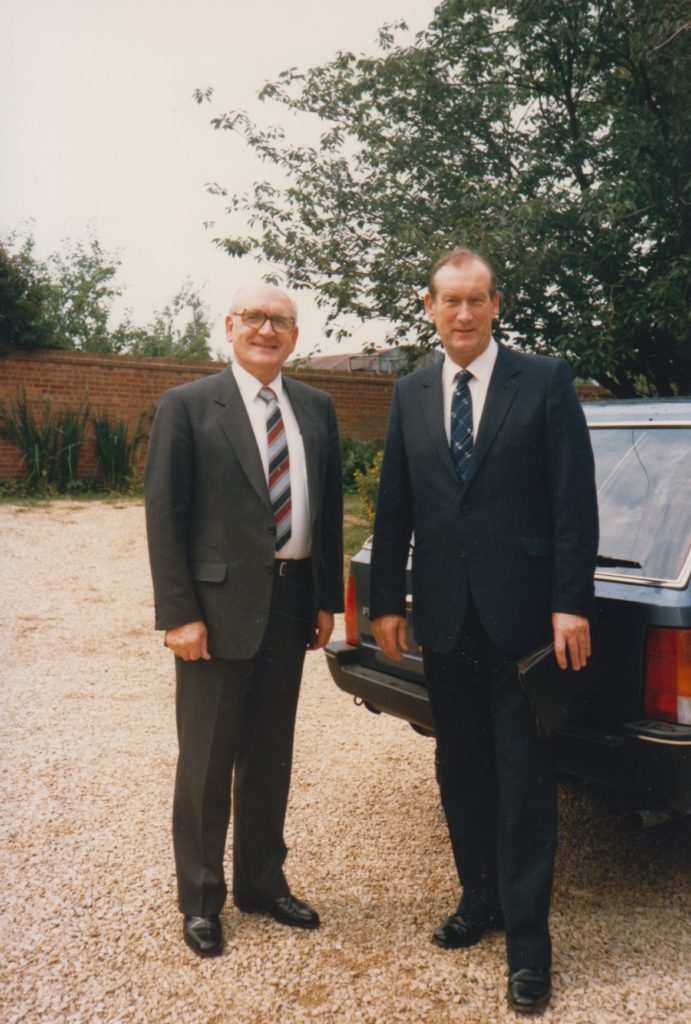 Jack Gamble (1925-1994) from Glasgow, Scotland, was saved at 14, and then baptised and received into the assembly that met in Plantation Street (later Harley Street) in the Ibrox area of the city. He spent his whole working life at Rolls Royce, but ploughed his energies and time into the local assembly, and the study and preaching of the Word. Much loved and widely used, Jack Gamble was a powerful preacher who spoke with authority and zeal. We enjoyed having him at Bicester a number of times. He’s pictured to the right, along with Tom Bentley, standing in front of Orchard House, Wendlebury, during the August Bible Readings in 1986. In this message he takes up Paul’s words to Timothy and Titus and brings home numerous practical applications from the passages under consideration. Readings: 1 Tim 4:12-13, Titus 1:1-5a, 2:7-14, 3:3-7 (Message preached in Kilmarnock, Scotland)