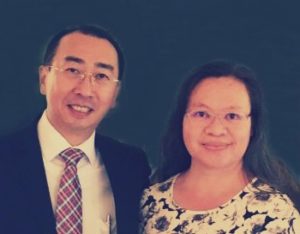 He called himself an “antichrist”, his god was rock ‘n’ roll, and he was addicted to drink, drugs and cigarettes…but every now and then, Malaysian born Christian-mocking atheist John See, would wonder to himself, “What is life all about?”.

John’s journey took many twists and turns but finally, incredibly, through the words of that famous hymn “How Great Thou Art”, he discovered the greatest truth in the universe, that “Jesus died for a sinner like me”!

John and his wife Susan now serve the Lord full time in Sarawak. They visited us in 2001, when John told us his life story. His readings from the Bible, prior to telling his testimony, were Psalm 51 and John 3:16.