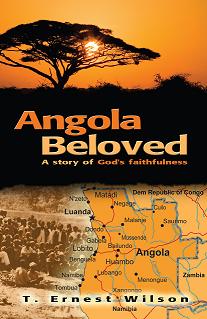 Saved in early life, T Ernest Wilson (1902-1996) grew up in a godly home in Belfast, attending the meetings at Donegal Road Gospel Hall. Called to missionary service while working as a carpenter at the Belfast shipyards, at the age of 21 he headed to Africa soon after World War 1, taking the gospel to the land of Angola. Mr Wilson endured the primitive conditions of Angola early in the 20th Century and learned one of the local languages. Through his and others’ labours, souls were saved and baptised, and a new assembly was planted in 1929, the first in the whole area where they were working. The story of his 40 years in Angola is told in the stirring volume Angola Beloved. Here, on this recording, at the age of 78, he speaks in Scotland on the “2 ordinances” of the New Testament, baptism and the Lord’s Supper, giving clear, simple but helpful teaching on both.