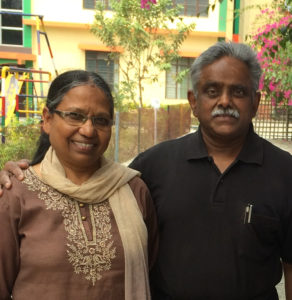 Born into a high-caste Brahmin family in India, Mr R Raghu received a strict religious education from the best Hindu teachers, in addition to his normal education in the 3 R’s. He was told he had been born into a privileged caste because of the good karma he had built up in previous lives. He believed all the Hindu stories of the gods and goddesses of his religion and practised TM, yoga and meditation, even becoming one to whom others would bow  down in order to receive a blessing. But Raghu was full of doubts. He became disillusioned with idolatry and even with himself. Eventually, on a visit to Israel, he discovered – through the reading of the Bible – that he was a sinner who needed God’s salvation. Listen and see how Raghu came to the Lord Jesus Christ, God’s one and only Son and humanity’s only Saviour, for the forgiveness of his sins. Raghu visit us in Bicester on 25th April 2013 and told us his story. The banner photo is a street scene from the area in northern India where Raghu now lives and serves the Lord along with his wife Lydia.