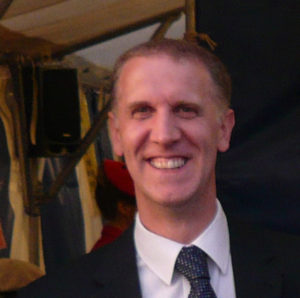 Mark Thomas was born and bred in “the West country”, a few yards from the scenic Cheddar Gorge and just half an hour from the epicentre of the UK’s festival scene in Glastonbury. So, when Mark got into the drug and rave lifestyle as a young man, he had every opportunity right on his doorstep to dive into the ‘ecstasy culture’ where pleasure was defined as “putting yourself right out of your mind”. Despite a couple of close shaves with death, Mark remained senseless to the danger he was playing with, until August 28th 1992 at the White Goddess travellers festival in Cornwall. Out of the blue – in answer to the prayers of family and friends – the truth of the Bible that he had learned in his childhood came back to his mind and delivered him instantly from his sin, from himself and from eternal destruction. He told his life story on 25th August 2013 in the Gospel Tent in Bicester.