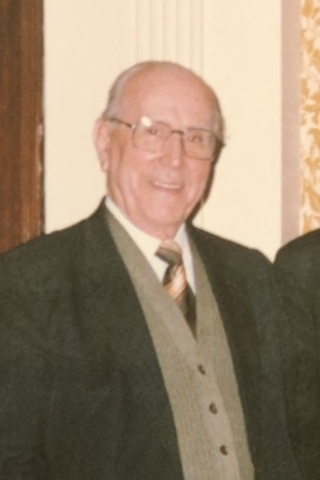 Jeffrey Harrison (1909-1990) grew up in a strict home in a slum area of north west England. His life as a teenager was such that his mother warned him, “You’ll either end up in jail or on the gallows”. Shoplifting, fighting, gambling and mischief of all kinds marked the life of young Harrison. But the Holy Spirit worked in his life, convicting him of his sin and of his danger of perishing in hell. When he got a job on the railways, a godly Christian colleague took him to his first gospel meeting and he was saved that very night. Thereafter, his family made life very difficult for him, but God preserved him. Soon after WW2 he launched forth in full time preaching and teaching. Working with a Gospel Tent and a caravan in the country of Norfolk, he saw numerous souls saved and a few assemblies established. Moving to Merseyside in 1960 he began to travel widely expounding the scriptures and was a blessing to many. This recording was made in 1982, 54 years after Mr Harrison was saved. Reading: Psa 34:1-8.

Previous
Lou Swaan - Preaching Christ in the Netherlands…
Next
Is the Local Assembly Autonomous? (63 min)